Dundee has been named as the most visionary city in Europe for electric vehicles. 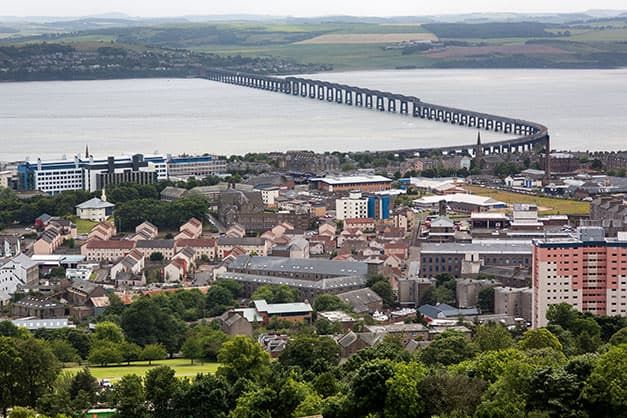 The World Electric Vehicle Association (WEVA) presented Dundee City Council with an E-visionary award for its forward-thinking initiatives to encourage people to use electric vehicles (EVs).

The award was received on Wednesday 3rd October by the chief executive of Urban Foresight, Dr David Beeton, on behalf of Dundee City Council.

E-Visionary awards are given to cities and regions who actively promote electric vehicles as a sustainable mode of transportation.

As one of Scotland's only Go Ultra Low cities, it's hardly surprising that Dundee were the proud winners of this award. The environmentally-conscious city has firmly established itself at the forefront of the Scottish Government's plan to phase out petrol and diesel vehicles by 2032.

Around 40% of Dundee City Council's own fleet of cars and vans is electric, and some 15% of the city's taxis are zero-emission. Work has also started on Dundee's fourth public charging centre for electric vehicles.

Convener of Dundee City Council's city development committee, Lynne Short, said: 'We are truly honoured to receive this prestigious award. It's fantastic that our work to improve transport and air quality for the people of Dundee is also providing inspiration for other cities around the world.'

Fun fact: Dundee is less than 80 miles from Glasgow, Edinburgh and Aberdeen. This means 90% of the Scottish population live less than 90 minutes away from Dundee – a journey capable for the majority of EVs available today.