Thinking of making the switch to electric? Why not try one for yourself! 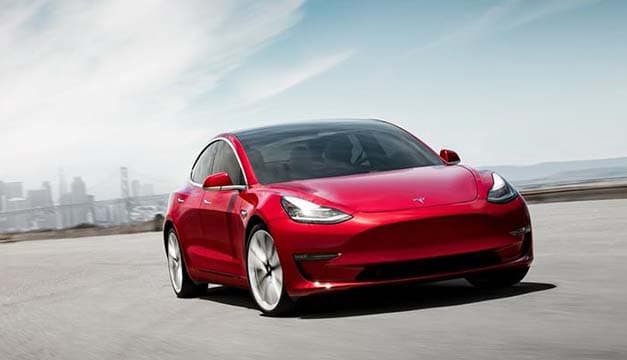 As the motor industry continues to make the move to electric, Arnold Clark is here to guide you on your journey.

Sales of new petrol and diesel cars is set to end in the UK by 2030 - in what will be a huge change to the automotive industry.

However, we understand that our customers might have a few questions about making the switch to electric.

From how they work to charging an electric vehicle (EV), we’re here to help.

We also recently opened the Arnold Clark Innovation Centre, with the aim of educating and explaining the benefits of alternative fuel vehicles (AFVs) while highlighting the great and ever-expanding line-up currently available.

With over 60 AFVs on display at the centre, located on Dumbarton Road in Glasgow, you’ll be able to test drive one for yourself.

Below, we take a look at just some of the EVs available to book for a test-drive.

Audi's first ever fully-electric SUV, the e-tron is described as, 'stylish, advanced and future-facing'.

Capable of fast charging in just 50 minutes, the Audi e-tron is perfect for longer journeys, with a maximum range of up to 252 miles.

The BMW I3 is rear-wheel drive, powered by a 168bhp electric motor, and weighs less than 1,200kg thanks to a carbon fibre and aluminium construction. 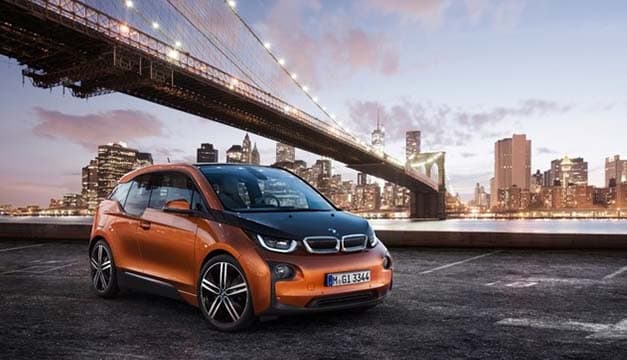 This is the first step of Honda’s Electric Vision – their aim for 100% of European sales to be hybrid or full electric by 2025. Its look is striking yet minimalist.

The Honda e can travel 125 miles on a full charge, making it perfect for everyday driving. Using fast charge, the 35.5 kWh lithium-ion battery can reach 80% of capacity in just 30 minutes. The charger is integrated into the car’s bonnet, perfectly located for pulling up to a charging point in a parking space.

The 500e comes with LED headlights on some grades as well as 15 to 17-inch alloys. Furthermore, a spoiler overhanging the rear windscreen adds an athletic aesthetic. There are also electric buttons rather than handles on the doors.

The 500e is available in a couple of battery options - a 23.8kwh or a 42kwh battery pack. The former gives a range of around 115 miles, while the latter will see you right for about 199 miles.

The Kia e-Niro is the most popular EV in 2021 according to statistics released by the Society of Motor Manufacturers and Traders.

The e-Niro is a no-nonsense five-door crossover that makes electric car ownership more appealing than ever.

In this big-hearted five-seater, the driver and front passenger seats have plenty of room for head, shoulders and feet, and getting into a comfy driving position is easy.

The e-Niro’s 451-litre boot is a good size, and the charging cables can be stored neatly under the load floor.

The IONIQ 5 looks like something from the future. Its cool, sleek look on the outside is equally matched in its cabin, with digital instrument display in front of the steering wheel.

Its range is estimated between 240 to 300 miles, while it is described as a 'small SUV', and has impressive 20-inch alloys.

The Hyundai Kona is a small SUV and an ideal choice for families. The Kona has five doors and plenty of flexibility, while the rear seats can be flattened to further increase the capacity of the boot.

Fast charging the Kona will get you up to 80% battery power in just one hour and 15 minutes, while a normal overnight charge takes nine hours and 35 minutes.

With its 145-mile range, it is perfect for daily commutes and overall, city driving.

And don't worry about MINI's speed being hampered by the switch to electric, it can zip from 0-62mph in just 7.3 seconds.

At the more affordable end of the scale, the ZOE is a smart electric hatchback that gives a smooth and almost silent drive.

The ZOE is just £13,995 for an entry-level model and Renault even installs a home charger for speedy power-ups in between drives.

Its affordability and size make it perfect for a city car or as a first-time car.

Measuring 1,877mm wide and 4,648mm long, the iV delivers the kind of practicality and space that’s perfect for a family of five.

When it comes to the all-important range, the basic Enyaq 62kWh model is fitted with a 180PS motor that propels the ŠKODA’s rear wheels via a one-speed transmission. On a single charge, you can expect a range of up to 242 miles.

You’ll also be able to do zero to 62mph in 8.7 seconds and go on to a top speed of 99mph. The bigger 82kWh rear-wheel-drive iV produces 204PS and has a range of up to 316 miles. The acceleration is, as you might imagine, quicker, with zero to 62mph arriving in 8.5 seconds.

The Model 3 is particularly popular in the UK, as it is relatively affordable – the entry-level is priced from just over £40,000. It’s a premium saloon that puts Tesla in direct competition with BMW and Mercedes-Benz.

The ID.4 uses much of the same technology as first seen in the ID.3, but uses two electric motors — one for each axle — rather than just one. Combined, they produce 302bhp and, powered by an 83kWh battery, except a range of 311 miles.

It’s also capable of receiving an 80% charge in 30 minutes.

The Vauxhall Corsa-e uses a 50kWh battery to power an electric propulsion system offering 136bhp. And with an electric motor providing 260Mn of torque, you get outstanding response, with the car accelerating from 0–31mph in just 2.8 seconds and reaching 62mph in 8.1 seconds.

Range anxiety won’t hold you back; the Corsa-e can manage a 205-mile range, and has three driving modes to choose from in Normal, Eco and Sport.

To find out more about the Arnold Clark Innovation Centre, or to book an appointment, visit: www.arnoldclark.com/innovation-centre.