The rules are set come into effect later this month, however, not many people currently know about the change. 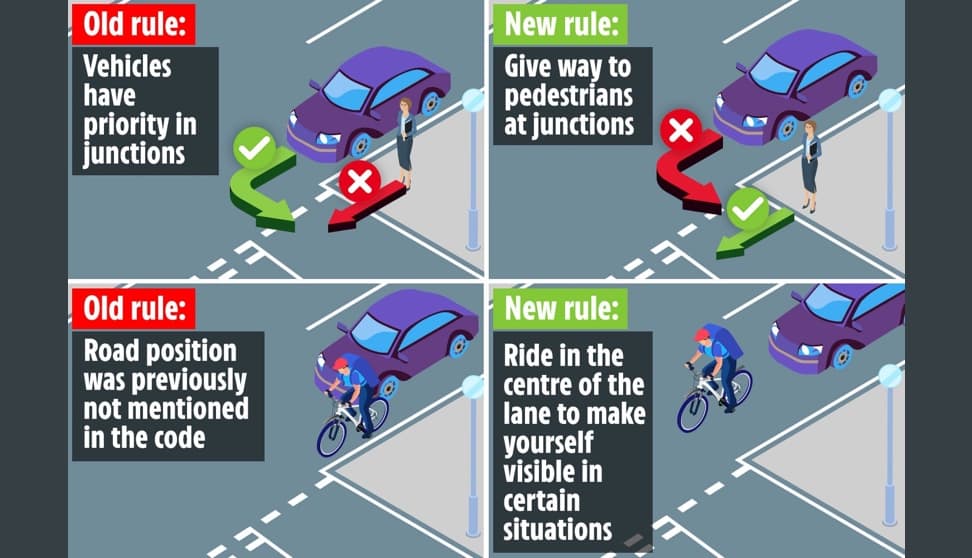 Three new Highway Code rules, which will affect all road users, are set to be introduced later this month.

While the Highway Code won't be updated until April, the rules are set to come into force on January 29th.

After surveying over 13,000 drivers, the AA found that only a third were aware of the soon-to-be-updated rules.

And all road users are being urged to familiarise themselves with the rule changes to make sure they stay on the right side of the law.

Below, we've highlighted three of the biggest changes to the Highway Code this year.

Drivers of vehicles that can cause the greatest harm in the event of a collision, have the biggest responsibility to take care and reduce the danger to others.

This principle applies to drivers of HGVs, LGVs, cars, taxis and motorcycles.

Cyclists and horse riders have a responsibility to reduce danger to pedestrians.

2. Pedestrians now get priority, not vehicles

This important change will now mean that drivers and cyclists will have to give way if pedestrians are waiting to cross the road into which they are turning.

Cars indicating to turn left or right will also have to give way to cyclists coming from behind and going straight on, only turning once they have passed.

The old rule saw vehicles always have priority in these circumstances.

Road positioning for cyclists was not previously mentioned in the original Highway Code, but most drivers expect them to ride near the curb.

However, the new rule states that cyclists should ride in the centre of the lane to make themselves more visible in certain situations.