Low Emission Zones in Scotland - here's what you need to know

Vehicles that do not meet the proposed minimum emission standards will face a fine if they enter a LEZ when enforcement begins. 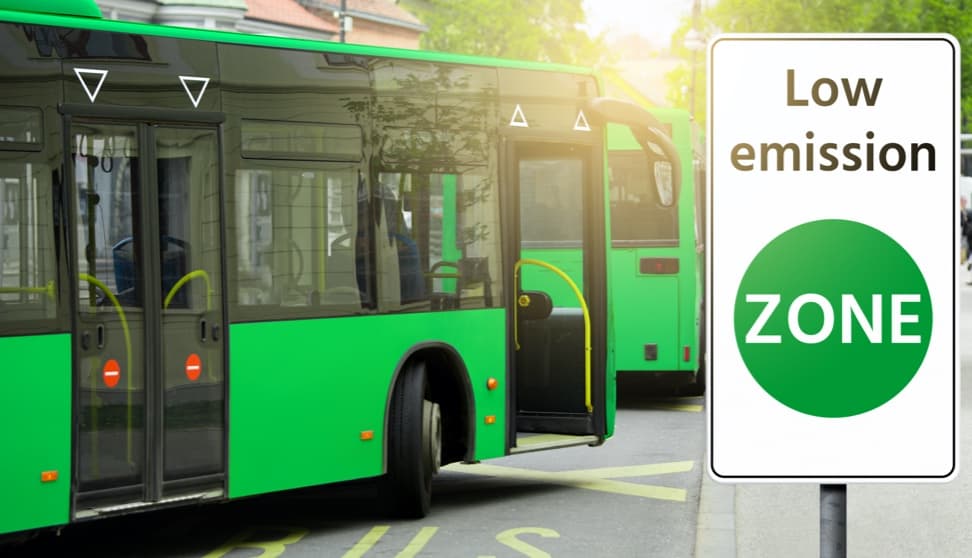 The Scottish Government is aiming to address the higher levels of pollution in these urban areas in 2022.

They believe supporting more sustainable and active travel will help Scotland meet its target of reaching net zero emissions of greenhouse gases by 2045.

And in a bid to battle climate change, the Scottish Government want to promote clean air in towns and cities across the country.

It's also been confirmed that from 2030, cars and vans powered wholly by petrol and diesel will not be sold in the UK.

Find out more about LEZs below.

What is a Low Emission Zone?

LEZs set vehicle emission standards on certain road spaces. Older, more polluting vehicles that do not meet the proposed minimum emission standards, will face a fine if they enter an LEZ when enforcement begins.

Why are Low Emission Zones being introduced?

The overall aim is to try and improve air quality. In turn, this will help improve people’s quality of life as well as reducing greenhouse gas emissions.

Where and when are Low Emission Zones being introduced?

The country’s first low emission zone came into effect in Glasgow city centre at the end of 2018 to reduce levels of nitrogen dioxide and other air pollutants. However, currently, the LEZ applies to local service buses only.

It’s hoped LEZs will be expanded in Glasgow and introduced in Aberdeen, Dundee and Edinburgh.

What vehicles will be affected by Low Emission Zones?

You don’t need an electric car to drive in a LEZ. For each LEZ/ULEZ/CAZ, the local authority dictates what level of restrictions are to be applied.

For Scotland’s LEZs, the proposed restrictions are:

(These dates are only indicative - please check to confirm with your vehicle manual or the manufacturer.)

Will anyone be exempt from Low Emission Zones?

Drivers will be encouraged to check their emission standards and if their route will include an LEZ. However, blue badge holders will be exempt from LEZ restrictions once enforcement is introduced.

The Scottish Government has made £3.7million of funding available in 2021/22 through the Low Emission Zone Support Fund to help more businesses, organisations and individuals prepare for the introduction of LEZs.

How much will it cost to enter a low emission zone?

The focus of the LEZs is to discourage pollution, not to raise additional revenue.

With this in mind, Scotland’s charges will be penalty-based to discourage non-compliant vehicles from entering the zones.

For example, it is currently proposed that non-compliant vehicles will be charged £60 for entering a LEZ, but that penalty will be reduced 50% if paid within the first 14 days of receiving the penalty.