Roadside scanners to monitor mobile phone use while driving

Roadside signal scanners are being piloted in the UK in an attempt to stop drivers illegally using phones behind the wheel. 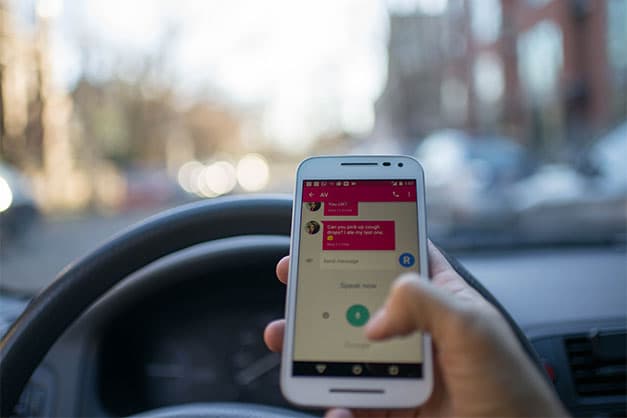 Norfolk Council is trialling electronic road signs, which use scanners to detect telephone signals inside a car, and flash an illuminated symbol of a mobile phone. The scanners separate both mobile and Bluetooth wireless signals, so those using Bluetooth to make a hands-free phone call will not be warned by the sign.

However, the £6,000-per-unit scanners do not monitor data connections, meaning drivers using their mobile for the internet will not be detected. The signs also can’t determine whether driver or passenger within a vehicle are using a phone.

The technology was developed by Norfolk Council’s road safety team and the vehicle sign technology company, Westcotec, who have been working with governments and organisations across the world to implement the mobile phone warning technology on a wider scale.

The signs could potentially be introduced to roads throughout the UK.

Using a mobile phone while driving is illegal in the UK and could cost you a £200 fine and six points on your licence. It’s hoped that this technology will act as a reminder of the dangers of using phones while driving.

Chris Spinks from Westcotec’s Marketing and Sales department is a former police chief inspector and has seen first-hand the devastating consequences of people using their mobile while driving. He said:

'The aim of this technology is to educate. People are addicted to their mobile phones and, by force of habit, aren’t even aware that they’re using them while driving. The lack of detection technology for prosecution also means that drivers use their phones behind the wheel because they think they can get away with it. By flashing a sign of a mobile phone, the new road signs will act as a reminder and hopefully change driver behaviour'.