The best electric vans for fleet

Electric vehicles are the perfect way to improve your eco-friendly credentials and run a more efficient fleet. 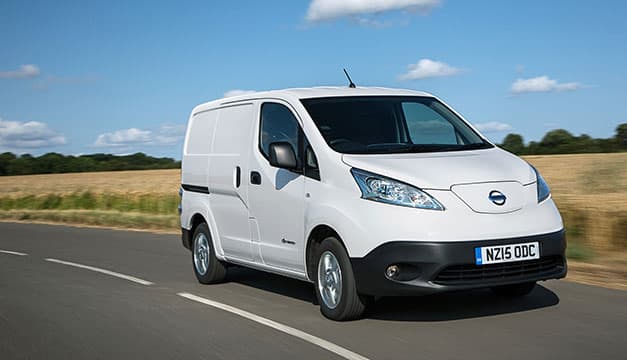 Better technology means most of the concerns surrounding range and capacity no longer apply. With more electric options on the market than ever before, it’s time to start considering which electric vehicles could enhance your fleet.

The benefits of electric vehicles

While electric cars can often seem costly, manufacturers are keeping their electric van prices more in line with their diesel counterparts, and government grants are available to help you get on the road. And even though you’ll pay a little more at the outset, there are plenty of long-term savings. The cost of fuelling your vehicle is greatly reduced, with 100 miles costing just a few pounds. Emissions-free vehicles are also exempt from road tax and congestion charges, which could mean savings in big cities. As batteries are leased, it means you’ll benefit from any leaps in technology, without having to change your vehicle. If you’re concerned about range, why not evaluate just how far your vans travel each day? It may be less than you think.

Nissan is leading the way when it comes to electric vehicles. While it’s still true that you don’t get the same range from a charge as you do from a full tank of diesel, Nissan’s Telematics vehicle tracking and navigation system helps fleet managers keep track of journeys, cutting down on any unnecessary excursions and improving overall efficiency. This compact van is perfect for city streets and short journeys and has a load capacity of 4.2m3 with wide-opening rear doors and sliding side panel. It takes eight hours to fully charge, but using a rapid charger it can reach 80% in just half an hour.

The Kangoo ZE’s 59bhp electric motor provides 226Nm of torque, meaning this van never struggles to haul a heavy load. As one of the early adopters of electric technology, Renault has already released its second generation of batteries which promise a potential range of up to 168 miles. The van itself can do everything that a conventionally-fuelled Kangoo can do, with no impact on the carrying capacity of 4.0m3. If you opt for the slightly larger Maxi model then this increases to 4.6m3.

The electric version of the Vito has been around since 2010 and takes around six hours to charge. This gives it a range of around 80 miles, which should be enough for daily jobs around the city. The battery is placed under the chassis where the fuel tank and prop shaft are normally located, so there’s no loss of carrying capacity. Mercedes has already released a concept called the Vision Van, which means their next generation electric fleet could be just around the corner.

The future is electric

Electric vans are in their infancy but expect there to be a sharp rise in the uptake of electric vehicles within the near future. While many of the bigger players within the industry have been slow off the mark with their electric offerings, as they develop batteries and motors for non-commercial vehicles, they’re sure to filter down. In addition, electric vehicle specialist Tesla sees potential in the commercial sphere with plans for a pick-up truck and the potential for a van to follow on the same chassis.

Contact us today to find out more about funding options electric vans.