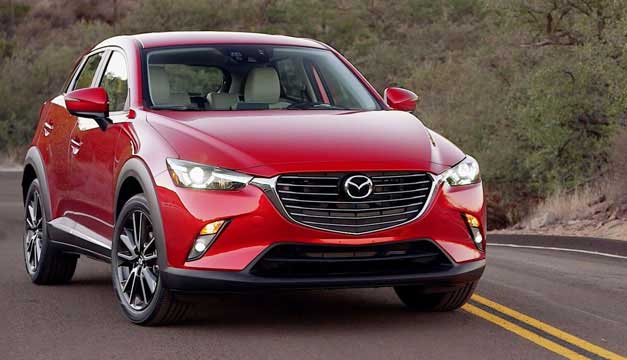 In the 2016 Fleet News Awards, the judges named the Mazda CX-3 as their most preferred compact SUV due to its combination of innovative technology (Skyactiv) and sleek design. Furthermore, the Mazda CX-3 is cost-effective without compromising on performance.

Its Skyactiv technology, which is used for both the diesel and petrol engines in the CX-3, has been developed specifically to increase fuel efficiency, fuel consumption and engine performance by increasing torque. This model has been particularly popular with fleet customers, as sales to fleets have accounted for 27% of all sales in the UK.

At the Geneva Motor Show, the tyre giant Goodyear uncovered plans to aid the development of autonomous vehicles by producing appropriate tyres for them. Their initial idea is the so-called IntelliGrip, which builds on tyre chip technology by installing in-tyre sensors. These sensors detect cues from the environment, such as weather, and sends these cues to the car so that braking and speed can be adjusted. Goodyear’s second project, Eagle 360, is a spherical tyre, which (ideally) can allow total manoeuvrability, ensuring full autonomy.

Jato Dynamics’ annual analysis has noted an overall decrease of 3.2% of new car CO2 emissions. The research compiled data from 23 European markets and noted an average fall of 4 g/km for new cars in 2015, compared to those in 2014.

Out of all manufacturers, Peugeot seems to be the market leader in terms of CO2 emissions, spotting a reduction from 109.3 g/km in 2014 to 103.5 g/km in 2015. Second is Citroën, which notes a decrease of 5.1 g/km since 2014. Renault came third (a two-place drop since last year), mainly due to its increased sales of compact SUVs.

At the beginning of March, the scheduled date for a Global Fleet Conference was announced – early June 2016. This conference will take place in Brussels and is scheduled to last for two days. The main goals of this gathering are to discuss the findings of the Global Fleet survey for the period 2012–2016, as well as to establish best practice in fleet management and supply management. It will also help fleet managers and decision-makers exchange ideas and opinions as well as discuss some of the latest fleet news and hot topics.

BVLRA awards the best of the best in the fleet industry

The annual BVLRA dinner at the London Hilton, attended by 950 industry professionals, awarded some of the top performers in the industry. One of those awarded was Julian Okoronkwo, from Activa, whose achievements were recognised due to his important role in communications with a major client.

The certificate for rental operator skills in the hire industry as well as the City & Guilds achievement award was given to Bryan Macdermid, of Arnold Clark Car & Van Rental in Aberdeen, who beat the competition with a score of 96%.