Wireless electric vehicle charging – is this the future?

A groundbreaking real-world trial of wireless electric vans is well under way in Edinburgh, and it could transform the industry. 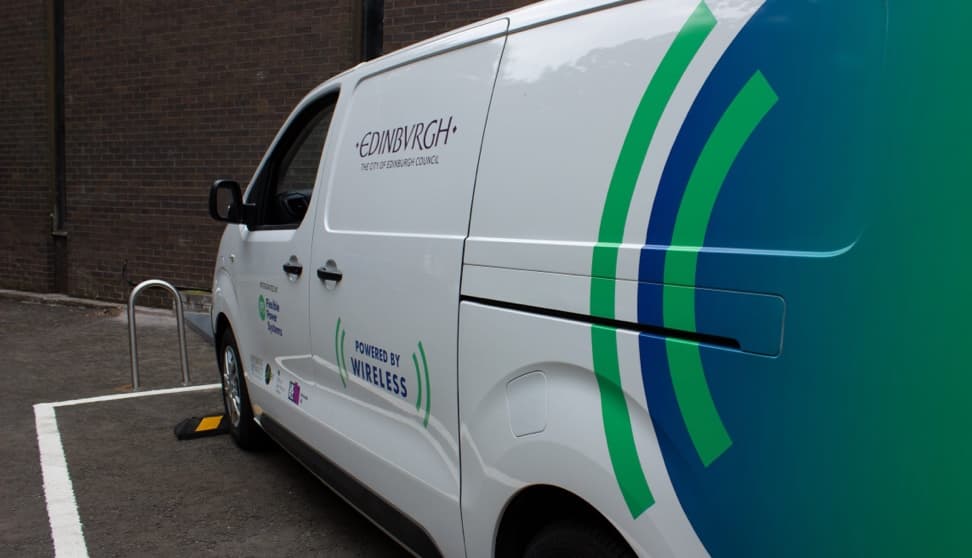 A trial is under way to test the ability to charge electric vehicles without wires.

The trial began in August last year, with four modified Vauxhall vans taking to the streets, fitted with a slim charging pad on the underside.

To charge, they are simply parked above electric pads, and they’re topped up in under an hour with no need to plug in.

The technology for the £1.6million project is being provided by Flexible Power Systems, in partnership with the City of Edinburgh Council and Heriot-Watt University.

Flexible Power Systems Managing Director Michael Ayres believes wireless charging could be the way forward for many businesses in the future.

He explained: “Wireless charging could offer fleets efficiencies in terms of number of chargers needed, time required for charging and space in depots, all barriers to electrification.

"In future, driverless vans could even be used, as no one is needed to plug in charging cables."

Funding for the trial, which is set to run until April, is being provided by the UK Government’s Office for Low-Emission Vehicles through its innovation agency Innovate UK.

James Derby, Chief Engineer of Electrical Systems at Flexible Power Systems, added: “There has to be electrification of vehicles in future, we can’t go on burning fossil fuels.

“Wireless is now part of the mix of advanced charging technologies we can offer fleets adopting EVs.”

Meanwhile, for those interested or curious about electric vehicles, Arnold Clark recently opened the Innovation Centre.

There are more than 40 vehicles on site available to test-drive, from plug-in and self-charging hybrids to fully electric vehicles.