ACVM has been awarded a new contract by Technical Retail Services Limited (TRS) to deliver an expanded fleet of 120 vehicles. 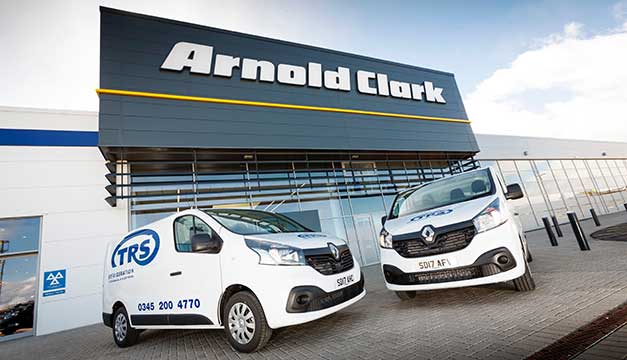 ACVM began its relationship with refrigeration, mechanical and electrical specialists TRS in 2010 with a contract for just one car. The new contract represents the biggest collaboration between the two companies to date, and was awarded in late March following a tender process that saw ACVM delivering an outstanding presentation to beat the competition.

David Cooper, Managing Director of ACVM said: ‘We’re delighted to win this new contract and continue our longstanding relationship with TRS. With our unrivalled ability to deliver large quantities of vehicles and our expertise in customisation, this demonstrates our versatility in supplying fleets for any industry.’

The fleet is composed primarily of customised Renault Trafic vans, with customisation specialists Arnold Clark Coachbuilders adding wood lining, roof vents and a racking system from their leading-edge workshop in East Kilbride. Additional customisations, including tracking and signage, were added at an external facility. The rest of the fleet is comprised of company cars, with ACVM as the sole supplier of all vehicles.

The first 40 vehicles were delivered on Thursday 27th April with 30 more to follow by the beginning of June.

TRS’s expanded fleet is required in part due to their new three-year contract with Marks and Spencer, providing refrigeration service and maintenance to stores throughout the UK.