Double penalty points and a £200 fine for using mobiles 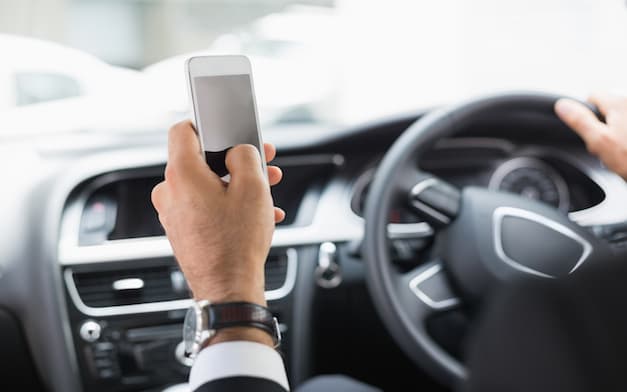 Penalties for drivers using mobile phones behind the wheel are set to double to six points and a £200 fine.

From 2017, motorists who are caught using handheld mobile phones while driving will incur a six-point penalty and a £200 fine.

The new rules, which see driving penalties increasing from three points and a £100 fine, will be brought into force across Scotland, England and Wales. To raise awareness of the new penalties, the government is introducing an accompanying Think! campaign.

Drivers who have recently passed their test can be disqualified immediately if caught. If their licence is revoked, new motorists will need to re-apply for a provisional licence and pay to resit both theory and practical tests.

Experienced drivers also risk a six-month ban if this is a repeated offence, automatically facing court and a £1,000 fine.

The introduction of the new regulations comes just after an RAC report revealed that within the last 12 months nearly a third of motorists have used a handheld mobile phone to dial or receive calls while driving.

Worryingly, a fifth of drivers consider it safe to check social media while in stationary traffic and 14% admit they have taken photographs or videos at the wheel. The report identified that drivers using mobile phones is the number one road safety concern for 13% of motorists.

Previous research from the RAC in 2014 also revealed that awareness of the legislation surrounding mobile phone use was low and that 61% were unaware that texting while behind the wheel, but stationary was against the law.

Are the new driving rules too tough?

Chris Grayling, appointed Transport Secretary in July this year, made clear that ‘tough’ actions were forthcoming. It’s expected the rules will be introduced in the first half of 2017.

The new rules are radical but it has been years since the use of handheld devices while driving became illegal. However, this report highlights how significant proportions of motorists are guilty of using mobiles at the wheel. If this regulation is to change society’s attitude towards using handheld mobiles and make this socially unacceptable then penalties have to be severe.

Do drivers keep up to date on road laws?

Businesses have a ‘duty of care’ to their employees who drive for work. Training courses can provide a refresher on rules of the road and keep employees up to date on any changes to road laws. Through our GTG Training facilities we offer practical and classroom-based courses to help minimise company risk and improve driver safety. Find out more about the benefits of driver training.