Despite the surge in electric vehicles on the road, many people are still apprehensive about making the switch. Arnold Clark Vehicle Management take a look at ten common misconceptions about electric vehicles. 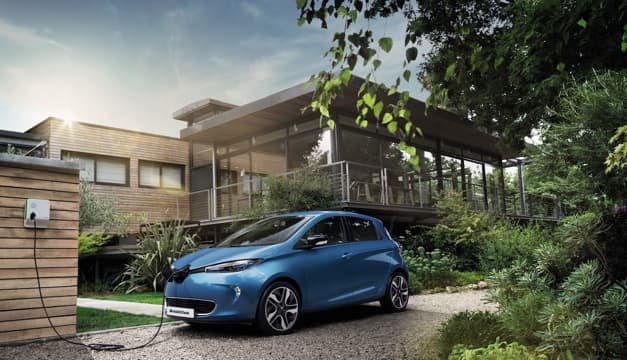 Reality: While the initial purchase price of an electric vehicle may be higher, leasing offers more financial flexibility without an intimidating up-front cost. Contact us today to find out our latest EV leasing deals.

2 - I can’t travel far without running out of charge

Myth: Range anxiety for electric vehicles is very common. Many people considering switching to electric are concerned that they can’t travel long distances.

Reality: The majority of electric vehicles are now capable of travelling over 100 miles on a full charge. If you drive more than 100 miles per day, improvements in public charging infrastructure means you shouldn’t ever be stuck.

3 - EVs take too long to charge

Myth: Many people think that they’ll be waiting hours for an EV to charge.

Reality: While re-fuelling is quicker than charging, it doesn’t take as long as you might think. The average electric car can reach 80% charge in around half an hour. The UK’s fast-charging network is growing rapidly and the majority of motorway service stations and supermarkets have charging points. Just like charging your mobile phone, people charge their EVs while doing other things, or overnight while they sleep.

Myth: Often, people have the misconception that electric cars are just for the lower end of the market.

Reality: Tesla proved that there was a demand for a more premium electric car and other brands have been following suit. Audi, Aston Martin, BMW, Jaguar, Mercedes-Benz and Porsche all offer electrically-powered cars.

Myth: A common concern is that the performance of EVs don’t meet the same performance standards as petrol or diesel cars.

Reality: The performance of an electric car can be equal to, if not greater, than their traditionally-fuelled counterparts. The Tesla Model S accelerates from 0 to 60mph in 2.5 seconds, making it the fastest accelerating saloon car ever and far from boring to drive!

Myth: Some people also think EVs can’t be taken through a car wash.

Reality: You can drive your EV in the rain just like any other car. All manufacturers put vehicles through a ‘soak test’ which replicates the heaviest rain and flooding conditions to ensure all cars are fully watertight.

7 - My electricity bill will soar

Myth: Your bill will go up if you’re using more electricity.

Reality: It probably won’t increase as much as you’d think. It costs on average £3-4 to fully charge an electric vehicle and the majority of EV drivers won’t need to charge their car every day. Arnold Clark has partnered with Scottish Power so our customers have access to an exclusive renewable electricity tariff.

8 - EVs are more expensive to maintain and repair

Reality: EVs cost less to keep running than petrol and diesel engine vehicles. EVs don’t require regular oil changes and, because there are fewer moving parts, there are also fewer things that fail or need to be replaced. For example, EVs don’t have a clutch, fuel tank, catalytic converter or drive belts, which often need to be replaced or repaired in ICE-powered cars.

9 - I need to wear rubber shoes when driving an EV

Myth: According to research carried out by Volkswagen, one in 20 people thought they’d need to wear rubber-soled shoes when driving an electric car to prevent electrocution.

Reality: You don’t need to wear rubber-soled shoes when driving an electric car. You can if you want to, but they’re not essential!

10 - EVS are technology for the future

Reality: EVs are here to stay. In 2018, a new electric car was registered every nine minutes and this is expected to increase year-on-year. As the UK prepares for a total ban on new petrol and diesel vehicles in 2040, the demand for EVs will continue to grow and the technology will improve.

Find out more about how Arnold Clark Vehicle Management can help you make the switch.