Fuel prices are now in dramatic contrast to the prices we saw at the start of this year. 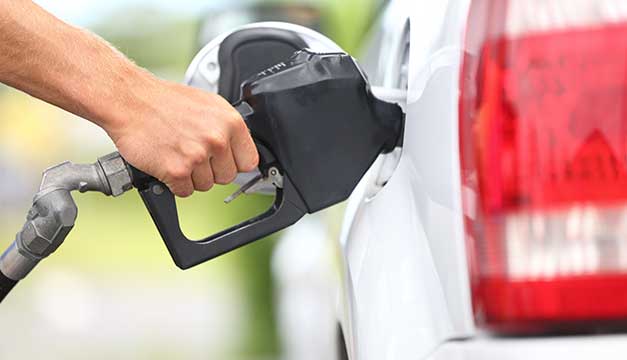 These increased costs will put more pressure on fleet managers to drive down costs, as fuel typically accounts for around 25% of a fleet’s total running expenditure.

At the start of this year the price of fuel fell significantly as a result of an oversupply of oil. Subsequently, UK fuel prices reached the lowest price in 7 years. In January, the average price per litre of unleaded was just over 102p and diesel was down to 101p/litre.

However, as we moved through the year, spring brought a recovery in the oil price, while economic uncertainty and the falling value of the pound after June’s Brexit result - amongst other factors - has meant the price of fuel has crept up once again.

AA Fuel Price reported the price of diesel reached a 12-month high in September, averaging 113.34p/litre at the end of the month, up 1.9p from the month before.

The average petrol price also finished the month higher at 118p/litre, an increase of 1.6p/litre from August.

According to RAC Fuel Watch, the increase correlates with an 8% increase in the price of a barrel of oil during this month.

With the process of leaving the EU and renegotiating trade deals at the forefront of British politics, motorists could see the weakened value of the pound feed through to even higher pump prices in coming months.

RAC fuel spokesperson Simon Williams commented: ‘The present situation underlines how rapidly things can change. Just eight months ago, average petrol prices were around 102p per litre, but now they are heading towards 116p.’

The rising prices are sure to raise alarm for fleet managers and elevate the importance of fuel cost management.

A fuel card is a popular way to reduce fuel costs. It provides a precise measurement of fuel expenditure, presents a clearer picture of where money is being spent, and helps identify areas where you could reduce costs.

Fuel cards allow you to take control of fuel purchasing and bring benefits such as a nationwide network of fuelling stations, competitive pricing solutions, and simplified administration.

However, cost-reduction technologies do more than simply help reduce fleet operating costs. Used in conjunction with fuel cards, mileage tracking technology enables you to record your driver’s company car journeys. In our experience, simply asking drivers to record their business journeys can significantly change driving behaviour and reduce mileage by as much as 15% a year.

Journeys is an Arnold Clark Vehicle Management mileage-logging application that you and your drivers can use to easily record business journeys. Available as part of AutoCentre, our web suite of fleet management tools, it gives your drivers the ability to log their journeys and check their driving history. We’ve also got a mobile app for IOS and Android, which will be launched before the end of this year.

Learn more about Journeys and our fuel management products that can dramatically reduce fuel costs for company car drivers and grey fleet vehicles.