In the context of cars, salary sacrifice (SS) or salary exchange is a relatively new concept. Like any new idea, there are sceptics and believers, truths, half-truths and myths. 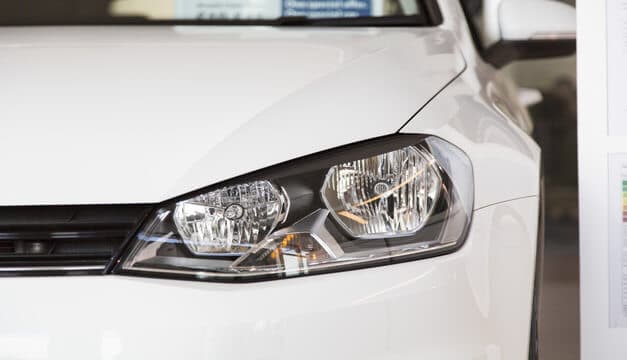 It’s hard to think of any topic that polarises opinion quite so much, not helped by the fact that some leasing companies seem to regard salary sacrifice as the coming of the messiah! So in this article, I try to explain what it is and where it can be of benefit to a business.

What is salary sacrifice?

Before we even start thinking about cars, let’s define what we’re talking about.

A salary sacrifice happens when an employee gives up some of their salary in return for a non-cash benefit. This is where the ‘sacrifice’ comes from. For any SS scheme, HMRC will want evidence that salary is being given up and normally this is achieved through a change to each employee’s Contract of Employment.

The principles of salary sacrifice have been around for a very long time, so people in HR will be very familiar with the idea. It’s not new; in fact one of the first pieces of case law to establish the principle (Heaton vs Bell) goes as far back as 1969.

Salary sacrifice is used for bikes, travel, childcare, pensions and now it’s being used for cars.

At first glance it seems like a crazy idea but by sacrificing salary, an employee can reduce Income Tax and National Insurance payments. In many cases, the non-cash benefit is completely tax-free. In other examples (like cars), different taxes may apply but the savings outweigh the costs.

The key thing to note is that a properly structured scheme shouldn’t cost an employer a penny. In fact, the employer enjoys National Insurance savings on sacrificed salary as well, so an SS scheme actually helps to reduce tax costs – which should keep the Finance Director happy.

Some employers choose to share this saving with their employees, while others keep it to themselves.

Why would an employer offer salary sacrifice to employees?

Salary sacrifice is a HR product. Its primary purpose is to improve a company’s remuneration package and to help attract and retain staff.

During tough economic times, when it might be difficult to justify salary increases or bonus payments, salary sacrifice is a great way to improve take-home pay at no additional cost.

A car is one of the biggest benefits that an employer can provide under a salary sacrifice arrangement. Typically, a SS car will be fully maintained, taxed and insured.

It works well for low mileage, low emission cars. Because of the bulk purchasing power of the employer or leasing company, the monthly cost of a salary sacrifice car should always be lower than that of a car bought privately by a member of staff.

Most schemes these days are web-based so staff can obtain a quote themselves. Once the scheme is setup, the employer can promote it internally by inviting staff to take part. The employer is allowed to restrict whom they invite e.g. staff over a certain age or staff who have been with the business for a certain amount of time.

Generally, an employee can place an order online, which once approved by the employer, will be fulfilled by the leasing company and delivered direct to the employee.

Once a car is delivered, the leasing company will bill the employer for the car every month and the employer will make a deduction from the employee’s salary detailed on their pay slip.

A salary sacrifice car is a company car

Contracts for salary sacrifice cars are between the employer and the leasing company. As far as HMRC is concerned, this makes a salary sacrifice car a true company car and the driver of the vehicle is subject to the same rules. In other words, the driver has to pay Benefit in Kind tax for the car. As long as the BIK tax is less than the Income Tax and NI savings for the driver, then it’s still a beneficial arrangement for the employee.

Because a car will be hired over a 2 or 3-year period, there is always a possibility that circumstances will change eg resignation or redundancy. That’s why an employer has to make sure that the business is protected from any unexpected costs.

Normally this means re-structuring the Contract of Employment so that the employee pays any lease charges if these scenarios arise. It's also worth considering some kind of contingency fund.

From a fleet manager’s perspective, salary sacrifice schemes can seem overly complicated and dogged by red tape. However, HR professionals are more than used to dealing with schemes like this, which is why it's important that HR are fully involved in any SS scheme.

When salary sacrifice for cars is not a good idea

Salary sacrifice isn’t suitable for every organisation. It depends on the culture of a business and the type of workforce. If you believe in motivational products, then it’s likely that you’ll be interested in salary sacrifice. If not, you won’t.

If your workforce is relatively low paid, avoid it – it just won’t work. You also need to remember that you cannot sacrifice salary below the national minimum wage.

If your staff turnover is high, avoid it – it’s just too much hassle. It’s best to look at other ways to reduce your turnover before you think about SS.

Most importantly, I think the jury is still out on whether salary sacrifice should be used as a replacement for the traditional company car fleet. Personally, I think there are lots of complications therefore I don’t believe it’s a viable funding solution for company cars, especially for job need drivers with higher mileages.

When salary sacrifice for cars is a great idea

If you want to improve your remuneration package, then create a Staff Car Plan that offers low cost motoring to your staff. It’s one of the bigger benefits you can provide and it tends to be well received, leading to improved motivation and staff retention.

If you can’t afford to improve salary as much as you would like, a salary sacrifice car scheme can help improve your benefits package at no cost.

If you’re worried about emissions then it is a great way to reduce CO2 on the grey fleet. Salary sacrifice cars tend to be low emission cars that are replaced every 2 or 3 years, so you start with low emissions and year on year they will tend to naturally fall as engine technologies improve.

If you’ve got cash allowance drivers and you’re worried about your exposure to Duty of Care legislation or you want some control of the quality of vehicles your employees choose, then think about salary sacrifice.