The most common causes of road accidents

We look at the Department for Transport's figures to find out the most common causes for road accidents. 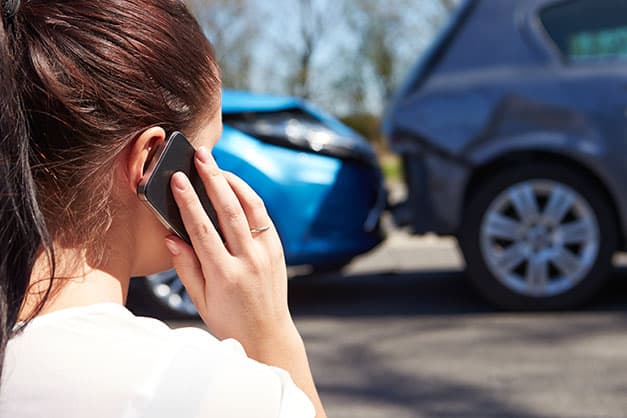 Many road accidents are avoidable and are caused by common errors. We take a look at the different contributing factors to road accidents.

The most common causes:

The majority of accidents in 2017 were caused by driver error or misjudgement. There are a number of reasons why a driver may have a slower reaction time or simply make a mistake. The majority of road accidents happen within 25 miles of a person's home. Drivers can become complacent when they're familiar with a particular route and they are not as alert to potential hazards.

70% of accidents in 2017 were caused by drivers failing to signal, overshooting at junctions, or driving too close to other vehicles, cyclists, horse riders and pedestrians. 26% of fatal accidents in 2017 happened because drivers didn't look properly.

Driving aggressively or when in a panic leads to road accidents. Incidents categorised in this way also refer to accidents caused by learner or inexperienced drivers. Over 362 accidents in 2017 were caused by drivers who had little experience of driving on the left side of the road. (This is something to bear in mind if you're abroad and driving on the right-hand side.)

Alarmingly, drivers being careless, reckless or in a hurry was the most common accident in this category, accounting for 17% of fatal accidents in 2017.

Cyclists entering the road from a pavement is also classed as an injudicious action and accounted for 658 of road accidents in 2017.

Accidents classified in this way are caused by the driver being physically or mentally impaired or distracted.

When a driver is impaired by alcohol or drugs (illicit or medicinal), this is a major contributing factor to road accidents. Drivers can also be impaired by physical illness or fatigue which is why it's important to see your GP if you're taking any medication that could cause drowsiness.

It is recommended to have eye tests every two years as poor eyesight is a common cause of road accidents.

Drivers and riders should also be aware that using a mobile phone contributed to 431 reported incidents in 2017 (two of these were fatal).

5) Pedestrian only (casualty or uninjured)

This category describes accidents caused by conditions outside of the driver's control, such as uneven surfaces or deposits on the road like oil or chippings. It also refers to slippery roads due to the weather.

Drivers are often involved in accidents when they fail to consider the condition of the road while driving. They may underestimate a sharp turn on the road or drive over a hump or chicane too quickly.

Incidents are also classified as 'road environment contributed' if an animal or object on the carriageway causes an accident. If a road sign is covered or the markings aren't clear, this would also be classified in this way.

A driver's vision being impaired by external factors is a common cause of road accidents.

For example, a driver can be blinded by low sunlight or dazzling headlights. Other weather conditions like snow, sleet or fog are also major contributing factors to accidents.

Where the external factor may be the driver's fault is when the vehicle's windscreen is dirty, scratched or frosted, which accounted for 129 road accidents in 2017.

This category includes incidents caused by a stolen vehicle, a vehicle involved in a crime, an emergency vehicle on a call or a vehicle door opened or closed negligently. 4,209 accidents were caused by these contributing factors in 2017.

Drivers or riders are involved in accidents when a vehicle is not fit for purpose. Accidents are far more likely to occur when tyres don't meet the minimum tread requirements, or if they're over or under inflated. Vehicles and trailers being overly or poorly loaded was a contributing factor to 119 road accidents in 2017.

A whole manner of vehicle defects can cause the driver to lose control of the vehicle, which causes an accident. Accidents in this category also include incidents relating to an overloaded or poorly loaded vehicle or trailer.

For more information about the contributing factors to road incidents, visit the Department for Transport website for more in-depth statistics.