Everything you need to know about ultra-low emission zones (ULEZ)

The world's first ever ultra-low emission zone will be introduced in central London on the 8th April 2019. 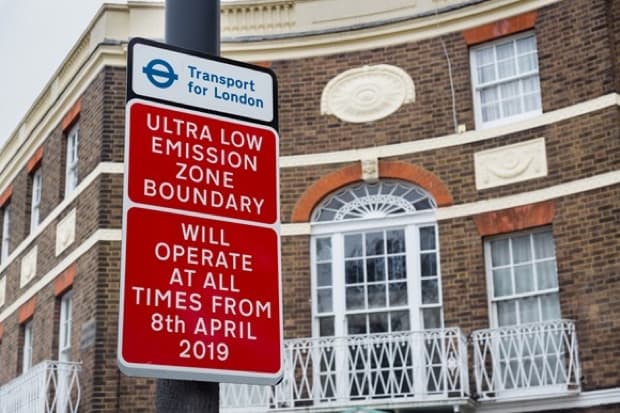 London will introduce the world's first ultra-low emission zone (ULEZ) in an attempt to reduce the most harmful emissions generated by road transport. Mayor of London, Sadiq Khan, wants to half vehicle emissions in the city by 2020.

What is an ultra-low emission zone (ULEZ)?

The ULEZ is a defined area in a city where vehicles must meet strict emissions requirements or face a daily charge to travel. The world's first ULEZ will be introduced in London to combat pollution in the city's most built-up areas.

The ULEZ is an extension of the low emission zone (LEZ).

Where is the ULEZ?

The ULEZ will fall within the same area as the congestion charge zone which is in central London. There are plans to extend the zone to inner London in October 2021.

When will the ULEZ be introduced?

The ULEZ will be introduced on the 8th April 2019.

What vehicles are affected?

How much is the charge?

This charge must be paid in addition to the weekday congestion charge and the low emission zone (LEZ) charge.

You can pay the charge online on the Transport for London (TfL) website.

When will the ULEZ be in operation?

The ULEZ will be in operation 24 hours a day, seven days a week.

A daily charge will run from 0.01am – midnight. Which means if you enter the ULEZ at 10pm and leave the following day at 6am you would have to pay two daily charges, even though you have been in the ULEZ for less than 24 hours.

What happens if I don't pay the charge?

If the driver of a non-compliant vehicle doesn't pay the ULEZ charge, they will be issued with a Penalty Charge Notice (PCN).

Is anyone exempt from paying the charge?

Vehicles registered with a disabled or disabled persons' tax class will be exempt from the ULEZ charge until October 2025.

Vehicles registered for a residents' congestion charge discount will be exempt from the ULEZ charge until October 2021.

Are there plans to introduce ULEZ in other parts of the UK?

Birmingham and Bath plan to set up a similar scheme to London's ULEZ in 2020 and will charge up to £12.50 per day for non-compliant vehicles. Other cities in the UK are following suit with Leeds, Glasgow and Manchester announcing clean air zones similar to London's congestion charge and LEZ.

Where can I find out more information about the ULEZ?

To find out more about the ULEZ, visit Transport for London's website here

If you're concerned about the introduction of the ULEZ, or you want to know more about how it might impact you or your business, speak to your account manager today.